HIGHLIGHTS FOR THIS WEEK 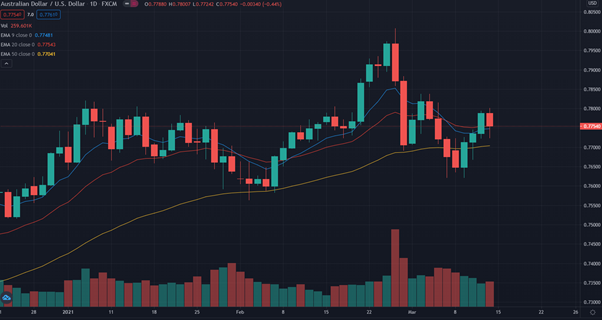 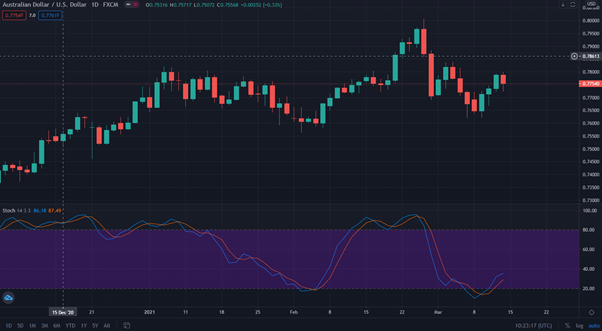 The week has seen the AUD largely hold its value, with its key resistance levels at .7814 to .7860 having been briefly tested by the market on Thursday and Friday without breaking through. Its support levels at .7689 were also tested briefly through the week before the market closed higher. Whilst this indicates some bearish outlook amongst investors, its inability to break through support evinces that price will not trend down too much, with both the MACD and RSI remaining fairly neutral, with the AUD being neither overbought or sold. Nevertheless, the stochastic oscillator suggests potential trend reversal, with a strong buy signal earlier in the week. Taking note of this in tandem with the MACD and RSI, the stochastic oscillator seems to offer an earlier glimpse of renewed momentum in the AUD, with the MACD histogram trending towards a reversal crossover in the coming days. 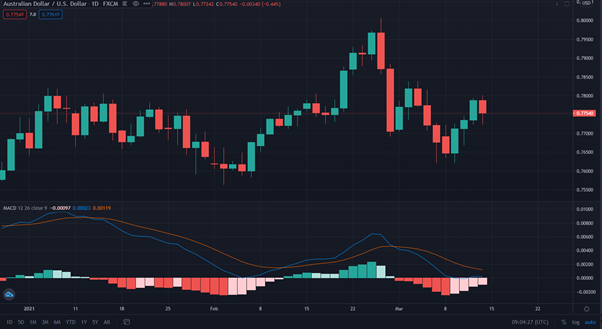 Based on these indicators then, a renewed upwards trend in the week is likely, with the possibility of breaking short-term resistance levels at the .7860 mark. In such a bullish scenario, it is possible to see the AUD surpassing once again its longer-term resistance at 0.80. However, if momentum falters as it did last week, the AUD may continue its downward trend to once more test support levels, perhaps to correct itself to a more acceptable level at 0.758 or 0.756.