What is the RBA Meeting Minutes and why is this report important?

The Meeting Minutes is a detailed record of the RBA Board’s most recent meeting, providing in-depth insights into the economic condition that influenced Board members’ decision to either maintain, cut, or hike interest rates. The RBA Meeting Minutes is vital in helping the market gauge RBA’s sentiment about future economic conditions and their near or long-term views about where interest rates may head. Therefore, the AUD will be heavily impacted depending on RBA’s shift in a more hawkish (bullish and higher AUD) or dovish (bearish and lower AUD) tone.

The Aussie was sent under strong bearish pressure after the RBA this week accepts that the domestic inflation remains subdued and says the likelihood of a near-term rate hike is low in its April meeting minutes. The RBA minutes hints at the prospect of a rate cut and reveal that it is concerned about domestic housing downturn and remain uncertain as to whether employment growth could offset the negative wealth effect. The central bank adds if inflation does not trend up as expected and unemployment rate begins to increase, then a decrease in the cash rate would be inappropriate

Key Chinese economic data and forecasts, including GDP, industrial production and retail sales, are crucial in determining the movement and impact ofcurrencies that are strongly linked to Chinese economic growth, such as the AUD and the NZD.

Strong Chinese economic indicators on Wednesday boosted the Aussie to an 8-week high at the 0.7200 handle. Quarterly GDP growth in January to March rose by 6.4%, which is above market expectation of 6.3% (see Chart 1). While Chinese retail sales rose past 8.4% forecast to 8.7%, industrial production stole the show with an 8.5% increase against 5.9% expectation and 5.3% prior. 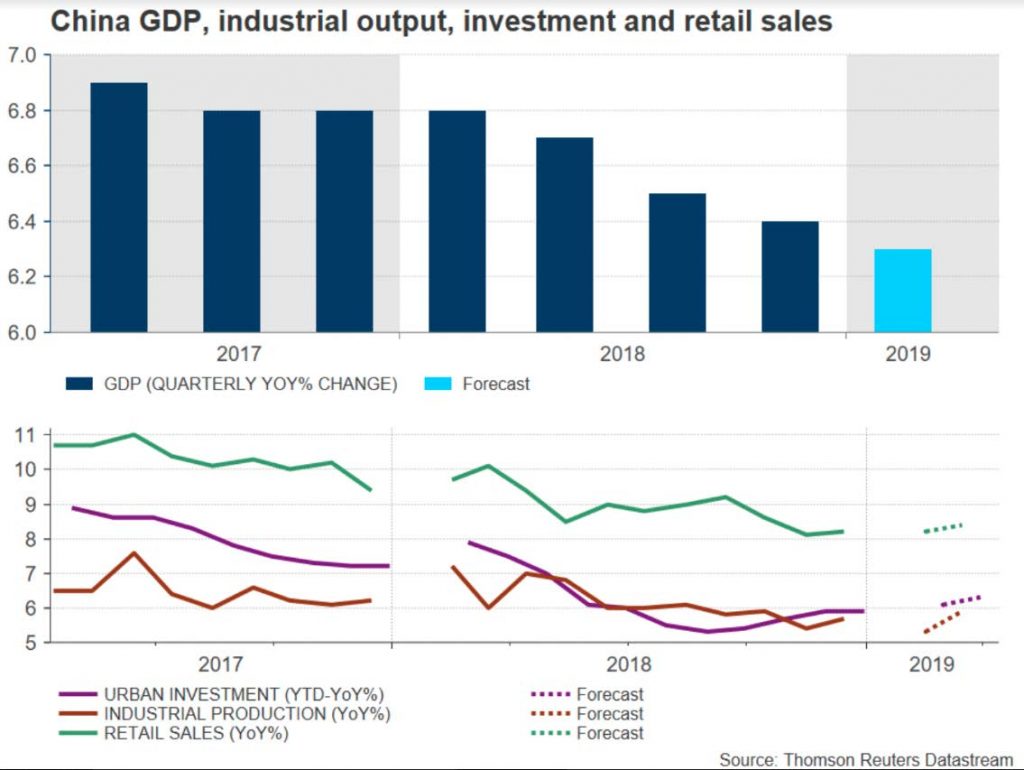 Why is Australian Employment Data important?

An upbeat jobs report on Thursday sent the Aussie on an upward momentum. Australia gained 25.7K jobs in March, better than the 15.2k expected, with full-time jobs contributing the most to job gains. While the unemployment rate standing at 5%, the RBA will be closely monitoring how domestic economic growth will play out in the future if the job market remains strong. 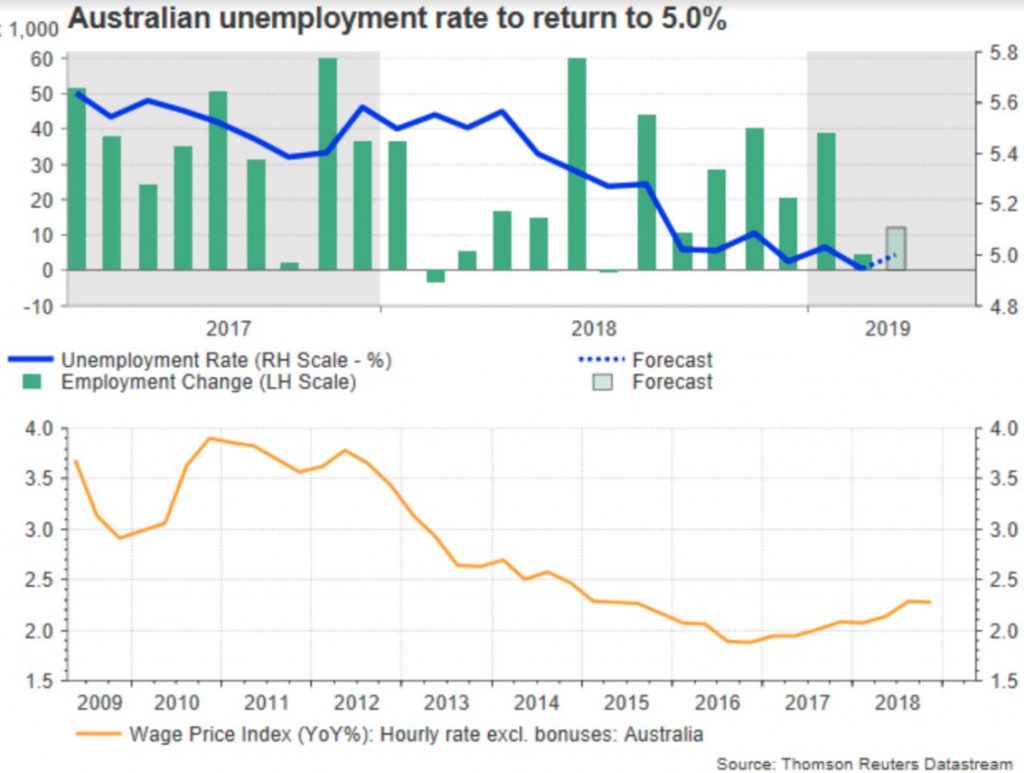 USD/JPY had shown strong bullish momentum for the last two weeks; however it seems to be slowing down, reaching a peak of 112.193 on this Wednesday (17th April). The movement of MACD line and signal line implies the tendency in forming a bear crossover in the next few days. As shown in the graph, a strong resistance is seen at 112 level which was tested on 17th April and tested previously in March as well. Looking forward, USD/JPY will still be struggling to find acceptance above the 112 support level, and the MACD Histogram indicates the declining in bullish momentum and the first support of 110.866 may be tested.

The Euro rebounded to 1.12799 on Tuesday (16th April) after the previous session’s steep break. Both MACD line and MACD histogram demonstrates that the recent bullish momentum is declining, an intermediate bearish trend is likely to continue in the upcoming week. Furthermore, the buying pressure which shown by the Stochastic RSI is still maintain at a relatively high level and provides a signal of a potential downside trend. As a result, the bears may test the first support at 1.12054, and second support at 1.11764. If the pair is able to bounce off the support with enough momentum, the bulls can look to test the 1.13242 resistance. 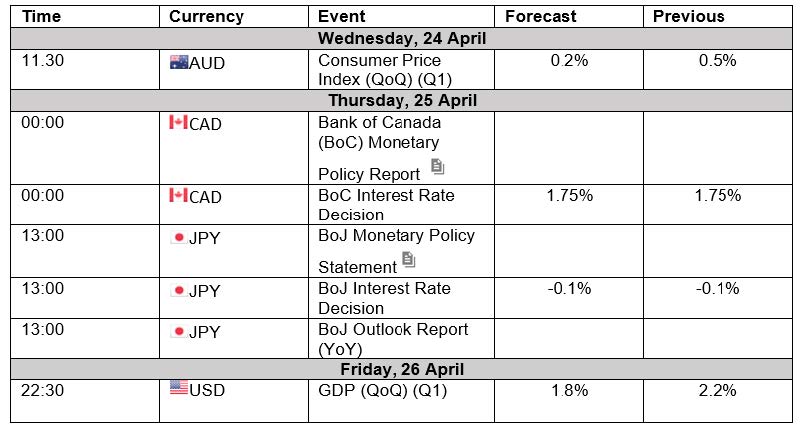